I’m going to tell you about the top five deadliest martial arts weapons. I will tell you a bit about the history of each weapon and then show you how to use it.

First is the nunchaku, also referred to incorrectly as “nunchucks.” Nunchucks are if you have multiple nunchaku. It’s only nunchucks if you’re carrying three pair or more. This is an Okinawan weapon. It was used originally to flatten rice. A lot of people don’t know but rice actually grows on plants in the shape similar to tomatoes, they’re somewhat bulbous. You just set the rice plants on the table and smack them with the nunchaku to flatten the rice.

The sword. This is something that was not originally used in combat back in ancient Japan. Back in ancient Japan this was called an “obo,” and what it was used for was food preparation only. When you got hundreds or thousands of soldiers out fighting they’re going to get really hungry come back and you got to prepare god knows how many egg rolls and so you’re using the blade to chop a lot of food at once. That all changed one day when someone was upset about the food and they went to complain to the cook and ended up attacking them and cutting the cook in half and realized that we should probably start using this as a weapon. One thing I don’t see enough people taking advantage of is the handle itself. It’s long and hard and you can pull it out and strike your opponent very and if you do it in a rapid fire succession it can be really devastating. 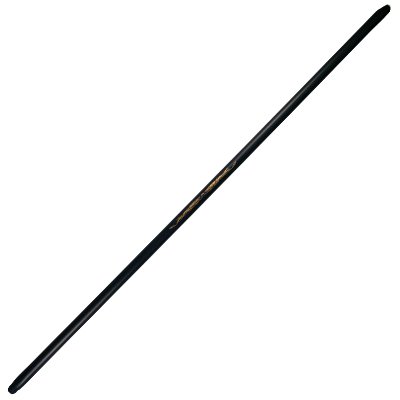 Next is the “bo” or “bo staff.” It is supposedly something that was used to carry buckets of water, but every time I do it one bucket will just slide off the slide. I did some research and found out this was used in two ways. One was to churn butter. If might have a butter brother and he was sitting down and I was sitting on his shoulders the butter bucket could be much taller and we would be able to churn more butter this way. The other end was used to relieve constipated yaks by inserting it into the hind end of the yak.

And of course the last and deadliest weapon of all is you. If you train properly maintain focus and don’t waste your time on bullshit then you are a human weapon.

Do you want to see these weapons in action?  Check out the video below!